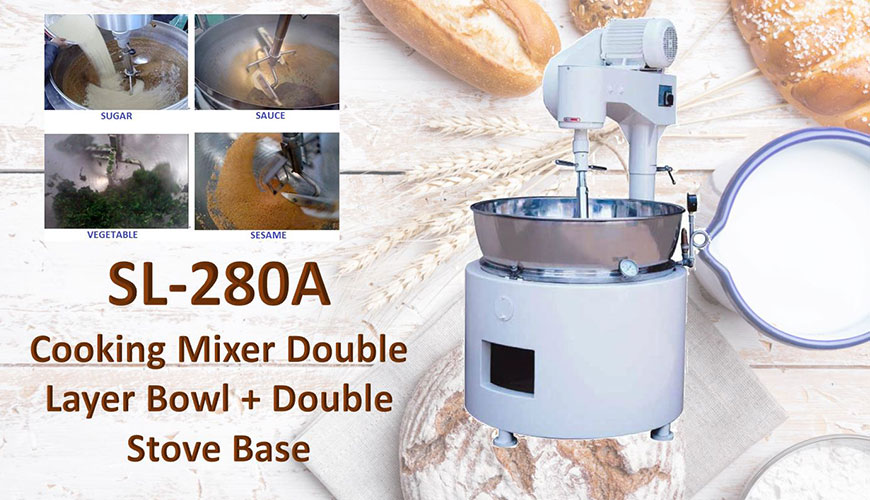 1. Stove base is fixed - this means that after the filling/ingredient is cooked it has to be manually removed.
2. Heated by gas or electricity.
3. Single-layer pot.
4. Heating is really fast and is good for stir-fried dish and ingredients that is not easy to stick on the bowl.
5. Mixer blades are either Teflon board or wooden board.

Located in Taiwan, Sheang Lien Industrial Co., Ltd., since 1997, is a Cooking Mixer Double Layer Bowl + Double Stove Base | bakery and kitchen equipment supplier. Their equipment has been sold in over 60 countries. 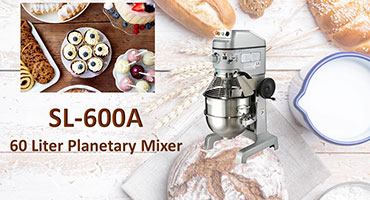 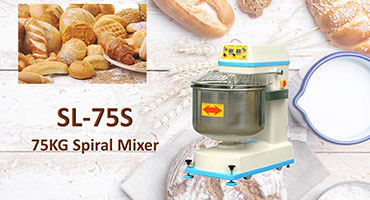 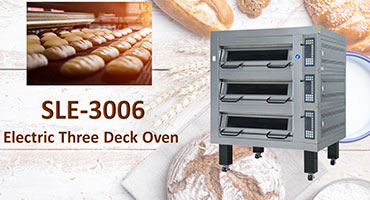